Major General Dieter Heidecker today completed his two year tenure as the Commander of EUFOR. The Operation Commander, General Sir Adrian Bradshaw handed over the command of EUFOR to Major General Johann Luif at the ceremony in Camp Butmir today.
General Luif joins EUFOR from Austria where he was the Commander of the Military District of Burgenland. Before that he had been Deputy Commander of Kosovo Forces in 2011/12. 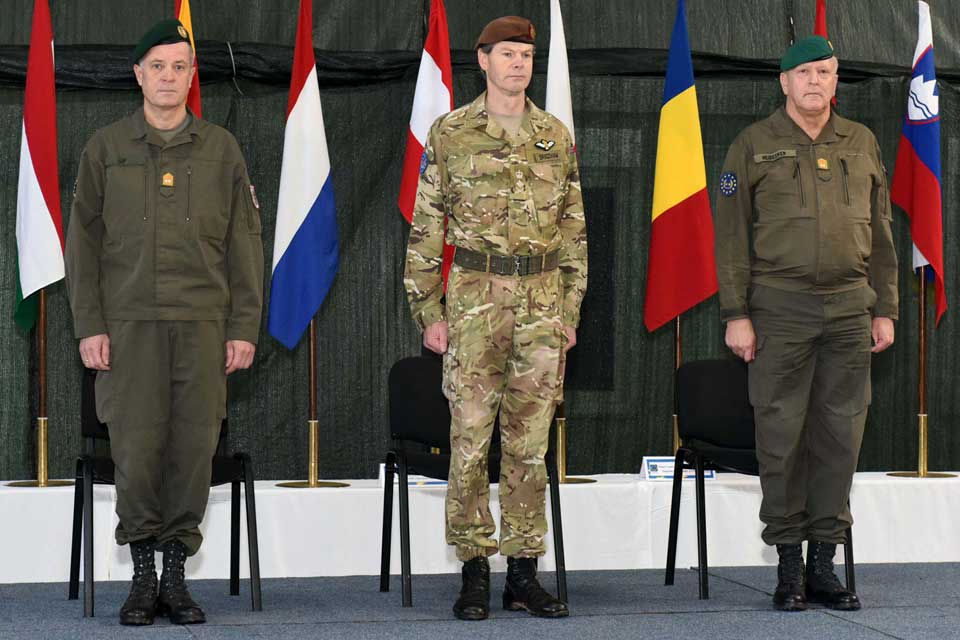 Speaking at the ceremony General Luif stated that EUFOR will continue its mission in the Capacity Building and Training of the Armed Forces of BiH, whilst retaining the ability to support local authorities in maintaining a safe and secure environment.
General Luif said he saw EUFOR’s mission as an important contribution to help all of the people of Bosnia and Herzegovina to live together in a stable, viable, peaceful and multi-ethnic country.
The ceremony was hosted by the Operation Commander of EUFOR, General Sir Adrian Bradshaw. It was attended by many VIPs from Bosnia and Herzegovina, including the Minister of Defence Mr Zekerijah Osmić and representatives of the European Union.