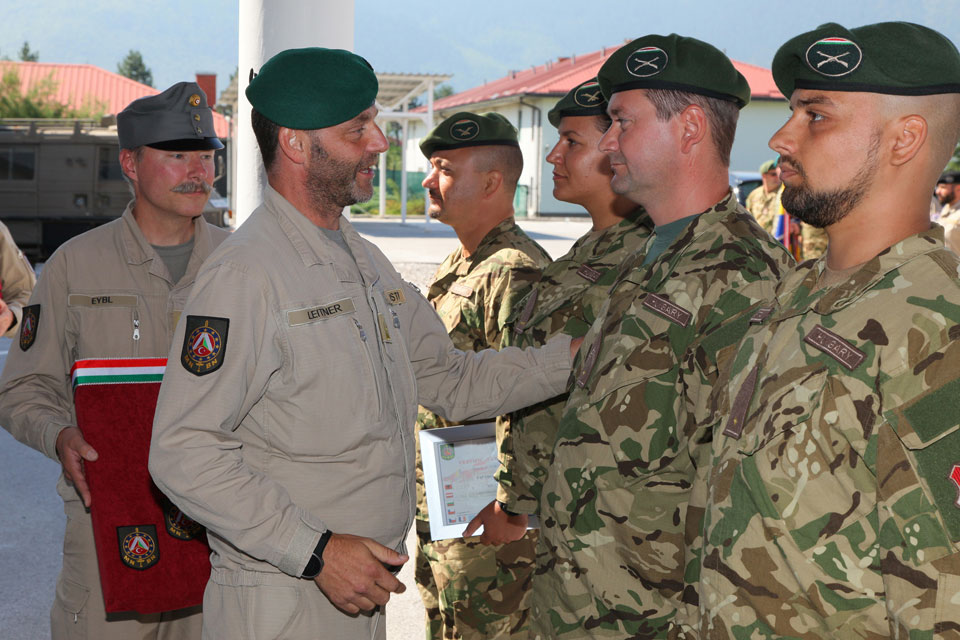 The Hungarian troops, who have now replaced the Austrian contingent, spent the previous week preparing for a training exercise which occurred in Rajlovac on the 14-15 September. The Hungarian troops had to effectively deal with a wide range of scenarios set up by the Turkish contingent in order to prove their skills were up to the high standard EUFOR demands.

Lieutenant Colonel Manfred Leitner, the Commander of the MNBN, said,

“The training in Rajlovac went very well, it was conducted in a positive way and demonstrated all the correct procedures.”

“Despite the standards being well achieved there is always room for improvement and remaining successful is like rowing against the current, you drift backwards as soon as you stop trying. It is my job to ensure that doesn’t happen and EUFOR’s soldiers remain well trained and ready to deal with whatever events occur.”