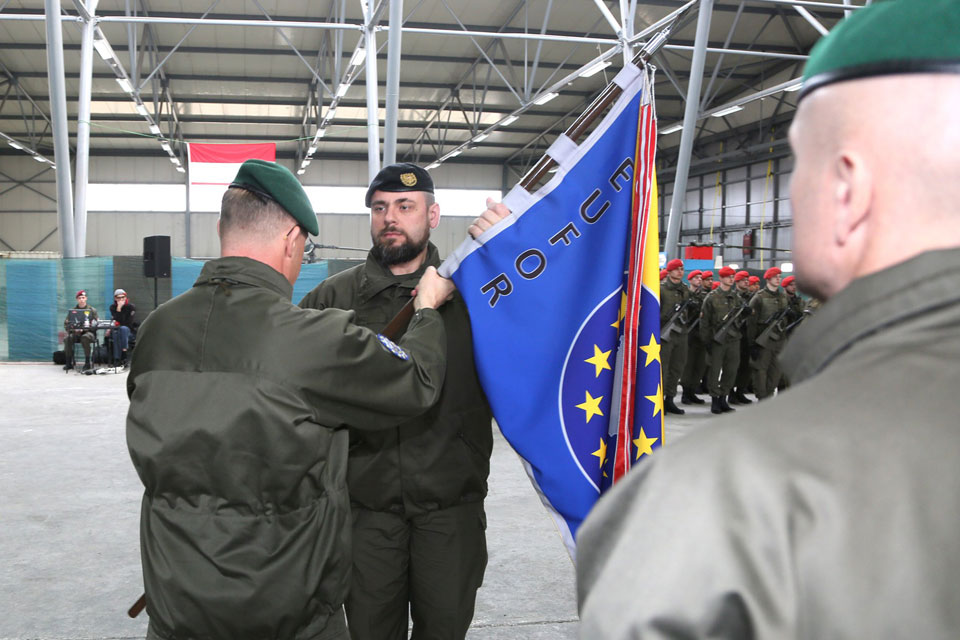 Commander EUFOR thanked the outgoing Battalion Commander: "Your leadership along with your genuine personal commitment to the values and spirit of EUFOR ensured that our ethos of 'one mission, one team' prevailed throughout your tenure." Major General Dorfer also decorated the outgoing battalion commander with the Operation Althea Service Medal. During Lieutenant Oliver Pilles' tour the MNBN played a central role in the challenging Exercise Quick Response 2018, operating alongside EUFOR's reserve forces and in co-operation with the Armed Forces of Bosnia and Herzegovina and local Law Enforcement Agencies.

Lieutenant Colonel Pilles took stock of his deployment: "It was a pleasure and honour for me to lead the Multinational Battalion and to serve within EUFOR. This was for sure a highlight in my military career. I enjoyed every day working with my battalion. We have demonstrated true multinationalism, and together we were able to successfully deal with all challenges."

The new MNBN Commander, Lieutenant Colonel Sanz, can draw on experience from previous missions in Kosovo as well as in Bosnia and Herzegovina. After taking command he reported to Commander EUFOR: As the incoming MNBN commander, I pledge my full support to EUFOR and I am confident that the MNBN will continue to stand ready to fulfill all of its tasks and will do so with the utmost professionalism. " He continued to address the troops: "I am honoured to command this MNBN. I am really looking forward to getting to know you, soldiering alongside you and together meeting the challenges that lay ahead under the banner ' one team, one mission'. The MNBN is configured to respond to different situations as well as to train and exercise with the Armed Forces of Bosnia and Herzegovina. If the situation requires it can be quickly reinforced by additional forces provided by EU and NATO.