Six members of EUFOR’s LOT house in Banja Luka competed in Gradiska’s first 10Km night run which was held along the banks of the Sava River and through the city center on Friday 5 July. Over 300 people had signed up to run in the event from a wide range of countries but EUFOR’s team from Chile had travelled from furthest afield to complete! 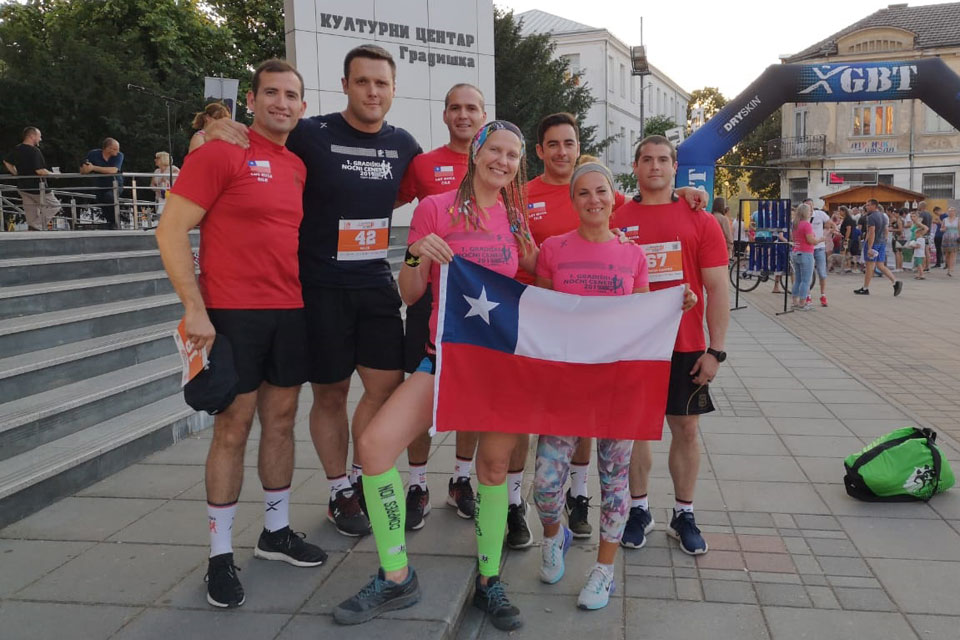 Running in order to raise money for a local football player who suffers from leukemia, the 6 EUFOR members enjoyed the event’s really positive atmosphere. The commander of the LOT house, Captain Jose Miguel Gallo, said, “The organisation was very good, race kits were excellent, and the points for water and fruit were really visible. The music was great and the atmosphere of the event was just as good as any of the larger runs.”

At the end of the event while sharing some Cevapi and chatting to other compeditors Captain Gallo added: “I feel very happy and proud to be able to participate not only as part of the EUFOR mission for BiH but also as a team from Chile. It was a great opportunity to interact with the community and talk about the work we do in BiH to increase cooperation and preserve the safe and secure environment.”