As part of his routine schedule as COMEUFOR, Major General Anton Waldner visited the EUFOR LOT Houses in Cazin and Livno to get the latest information face-to-face from the personnel who live as part of their local communities in the two most westerly EUFOR locations. During these visits, he also met local mayors and dignitaries, in order to ensure EUFOR and local authorities cooperate closely at every level. 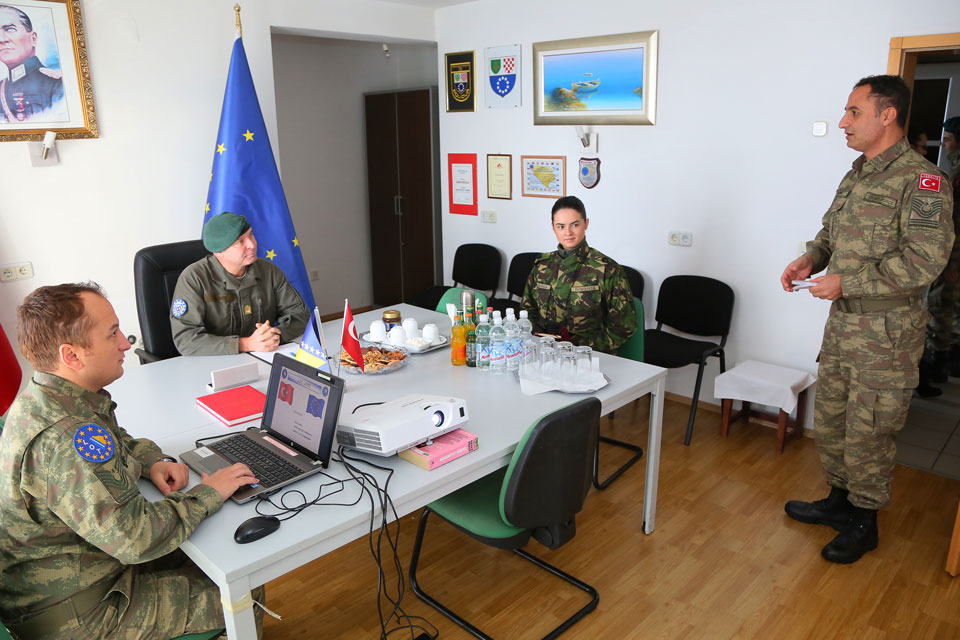 After discussing the local situation and hearing details about the most recent interactions between EUFOR LOT (Liaison and Observation Team) personnel and the people of Cazin, COMEUFOR met Nermin Ogrešević, the Mayor of Cazin. They discussed the local security situation and the economic development of the area; both are of which are important aspects of the European Union's comprehensive approach towards BiH. Major General Waldner also made some time in his busy tour schedule to visit the old town of Velika Kladusa to appreciate the history of the region.

The following day saw a meeting with the Mayor of Livno, Luka Čelan, and the Chief of Police Department Ilija Jakić where they spoke about the cooperation between EUFOR LOT personnel and the authorities of Livno. EUFOR personnel work closely to support BiH Law Enforcement Agencies in maintaining the safe and secure environment for the people of the country.