Recently the EUFOR LOT House in Doboj joined forces with police officers from Doboj East Police Station and the EUFOR International Military Police based in Camp Butmir, Sarajevo, to raise awareness of road safety with school children in the local area. This EUFOR House initiative was in response to a series of road accidents involving children that has occurred in the area recently and was aimed at improving road safety and raising awareness of safe movement on the way to and from school. 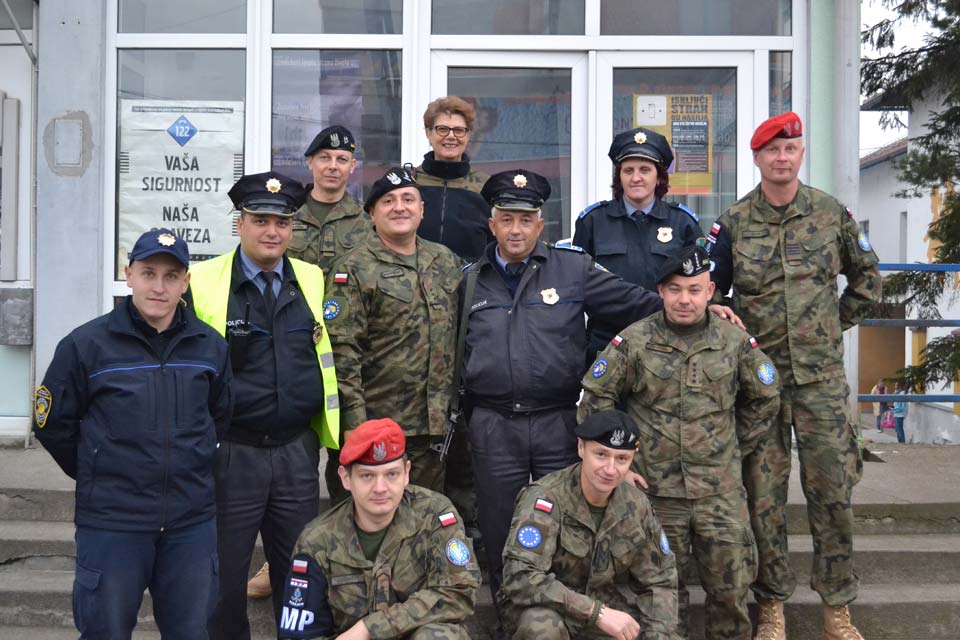 The EUFOR Soldiers worked with the Law Enforcement Agencies to conduct routine activities, including speed control and breathalyzer tests. The Doboj EUFOR LOT House soldiers distributed reflective pendants to the pupils of nearby schools, which would make them more visible to vehicles and increase their attention to road safety on their way to and from school.

This event was received very positively by local authorities, parents and the children. Local drivers also were also impressed by the effectiveness of such measures. Due to the success of the event, both the Doboj EUFOR LOT House Commander - Capt. Tomasz Gabrych and the Police Commander in Doboj East - Elvir Omercic, confirmed that similar events will take place in the future to the positive impact it had and how it will greatly improve the safety of children in the area.

The European Union remains committed to BiH and through EUFOR's military presence will continue to support the Law Enforcement Agencies and the AF BiH efforts to maintain a safe and secure environment.