On Friday 3 February personnel from the Slovakian manned LOT House Novo Sarajevo delivered groceries and kitchen accessories to Caritas, a Catholic charity in Ilidza who provide free meals to those who cannot afford it themselves. In the afternoon they travelled to a village called Kamenica in a Bosniak area. Here they handed out toys, clothes and food to 10 children, from less privileged families, who were delighted to receive the gifts. 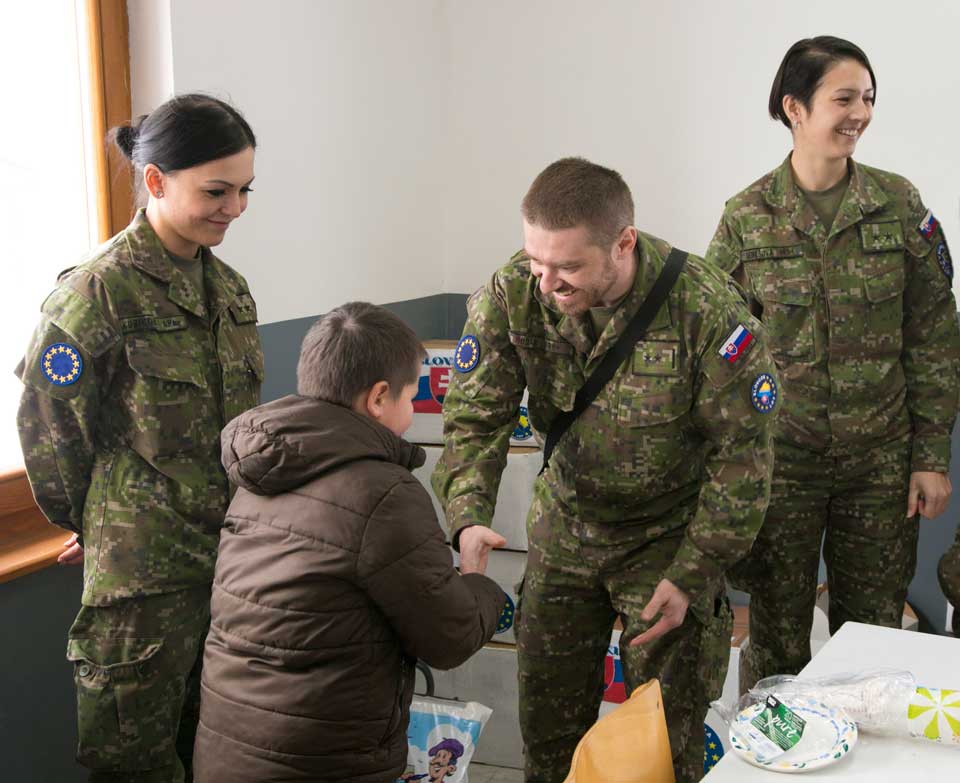 Children from Kamenica receiving their food and gifts

These activities were part of a cross-community charity event where earlier in the week the LOT members delivered donated goods to people in the local Jewish community, the Serbian Orthodox community and to the Red Cross. The funds came from a combination of donations from the 8 members of the LOT House and their families back home as well as support from restaurant Druga Kuća in Sarajevo.

Captain Maros Zoffcak, the LOT House commander, praised his colleagues for their combined efforts in making these donations possible and stressed the importance of working as a team.

The primary role of EUFOR’s LOT Houses is to maintain good situational awareness throughout Bosnia and Herzegovina. Seven different countries provide the military personnel to man the 17 LOT houses whose members actively interact with the locals to find out the opinions and needs of the population. Charity events like the above, show that the teams are willing to go above and beyond their required duty in order to make a difference in the community.