On the 6th of November, COM EUFOR Major General Johann Luif visited the Romanian Liason and Observation Team (LOT) based in Banja Luka. COM EUFOR received an honor salute from the LOT personnel, before being greeted by LOT Commander Lieutenant Colonel Marian Anghel. General Luif then listened to briefings from the LOT personnel, discussing their day to day activities and their experiences in their area of responsibility. 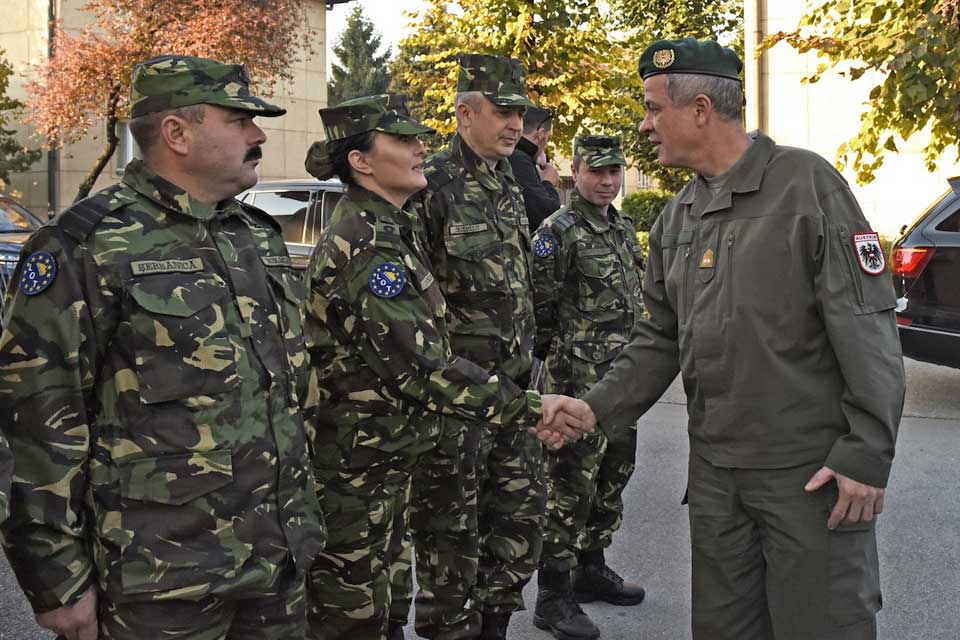 EUFOR has an Executive mandate to assist the Bosnia and Herzegovina authorities in the maintenance of a safe and secure environment if required. As the security situation in the country has improved, EUFOR has reduced its number of soldiers in the country significantly. Because of this small footprint, EUFOR as 17 LOT’s around Bosnia and Herzegovina which allow it to maintain its understanding of the situation in the country without a large number of personnel. LOT House Commander Lieutenant Colonel Marian Anghel said during the visit, ‘We in the Romanian Banja Luka LOT house feel very much part of the larger EUFOR team. Our work is important as it allows EUFOR to ‘feel the pulse’ of the country, and we are in the best position to do this’