A ceremony of remembrance was held on 13th January 2020 at Camp Butmir to mark the 12th anniversary of a helicopter crash which claimed the lives of 11 EUFOR personnel from the Republic of North Macedonia.

Taking part in the ceremony were COMEUFOR, Major General Reinhard Trischak , and the Ambassador of the Republic of North Macedonia, His Excellency Mr Ekrem Ebibi. During the ceremony, soldiers form EUFOR formed an Honour Guard by the memorial stone. Eleven candles were lit to signify the lives lost.

The Republic of North Macedonia is one of five non-EU nations that contribute to the EUFOR mission in Bosnia and Herzegovina. 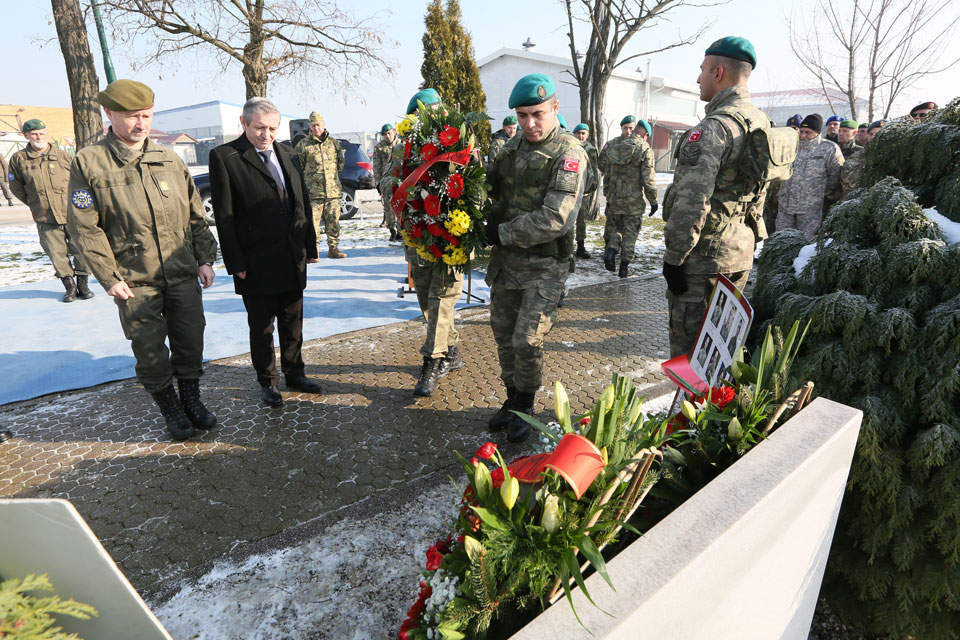