EUFOR Welcomes the Minister of Defence of the Slovak Republic

On 13 December 2019, The Minister of Defence of the Slovak Republic, Mr Peter Gajdoš, met with EUFOR HQ staff and Slovakian soldiers serving with the mission on a visit to Camp Butmir, Sarajevo.

Minister Gajdoš was accompanied by the Chief of the General Staff of the Armed Forces of the Slovak Republic, General Daniel Zmeko, and they were welcomed Commander EUFOR, Major General Reinhard Trischak. An Honour Guard was formed and Minister Gajdoš performed an inspection; he took the salute and was introduced to EUFOR Branch Chiefs.

During the visit of Minister Gajdoš, issues including the political and security situation in BiH were discussed, as well as EUFOR’s current activity in support of maintaining a safe and secure environment. Major General Trischak thanked Minister Gajdoš for the valuable contribution the Slovakian troops have made in helping create a safer, more secure BiH, and for the Slovak Republic’s continued support to Operation EUFOR Althea.

Earlier this month EUFOR received visits from the Austrian Federal Minister for Defence, Thomas Starlinger, and the Hungarian Minister of Defence, Dr. Tibor Benkő, representing two of the largest troop contributing countries to EUFOR. These high level diplomatic visits serve to demonstrate the European and International Communities’ on-going commitment to BiH and their support of the safe and secure environment. 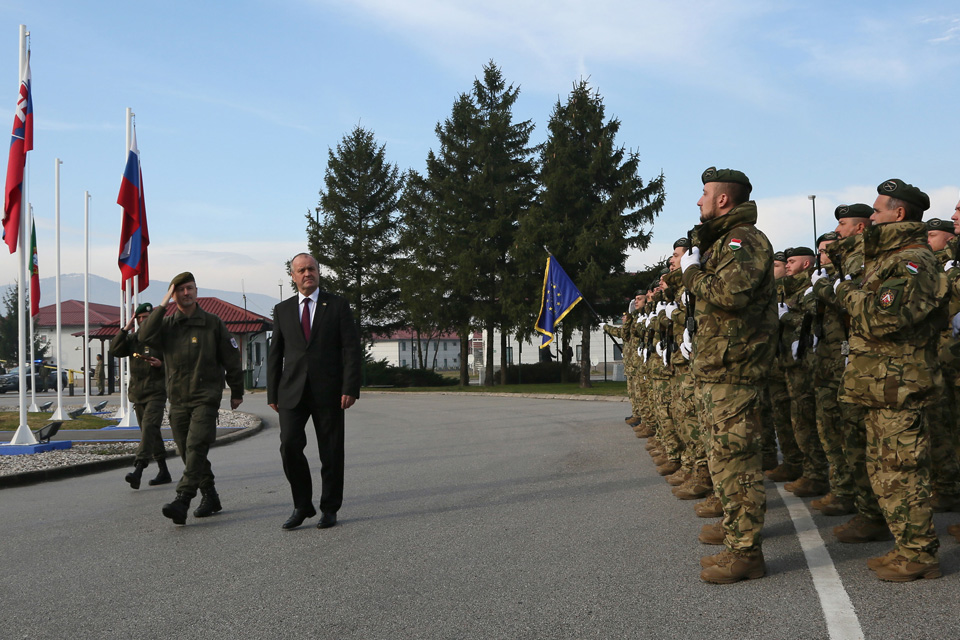