On Thursday 26 September another Antonov 124 and a Royal Air Force Voyager aircraft arrived at Sarajevo International Airport bringing in over 120 British troops from the 1st Battalion the Royal Gurkha Rifles and their final pieces of equipment for EUFOR’s largest annual exercise, Quick Response 2019 (QR19).

“The deployment of these troops demonstrates the UK’s ongoing commitment to the security and stability of BiH and the wider Western Balkans.”

The British troops will join other elements of EUFOR’s reserve contingent, who are arriving from Austria, Bulgaria, Greece and Romania. These troops which are arriving here for Quick Response 19 make up just a small part of the total reserves EUFOR can call upon. They will join the personnel from EUFOR’s Multinational Battalion, the permanent in country presence. 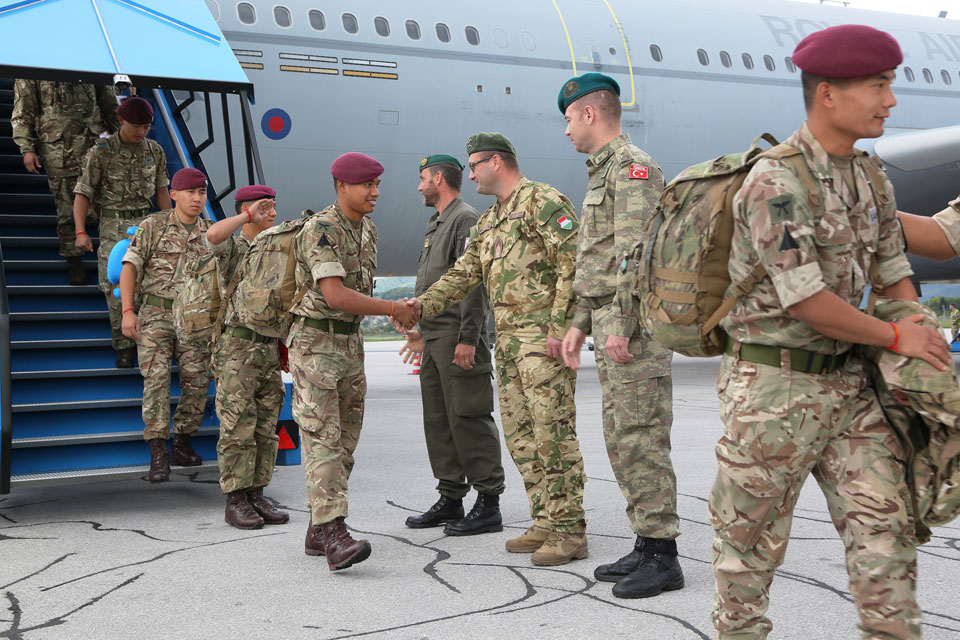