On 15th July COMEUFOR, Major General Alexander Platzer, and a EUFOR team from the Joint Military Affairs branch in Camp Butmir, undertook an inspection of the defence industry facility Tehnički Remont Bratunac* (TRB) in accordance with the EUFOR executive mandate. COMEUFOR and his team met with the company management led by the CEO Deputy, Ljubomir Borovcanin and discussed the history of the company and its main business activities. 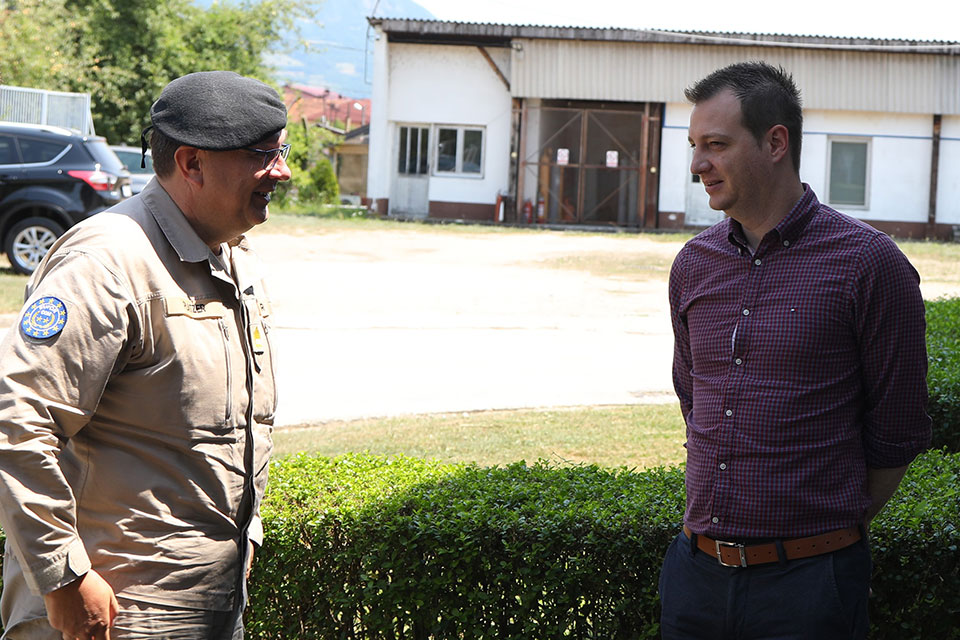 COMEUFOR, Major General Platzer, during the inspection of the facility

Welcoming COMEUFOR to the factory site in Bratunac, Mr Borovcanin stressed how pleased he was to host the team from EUFOR, adding that TRB are completely transparent in all their business activities as a global and respected defence industry company. During the inspection of the factory site COMEUFOR and the EUFOR team were shown the development of new products, and the facilities for ammunition production.