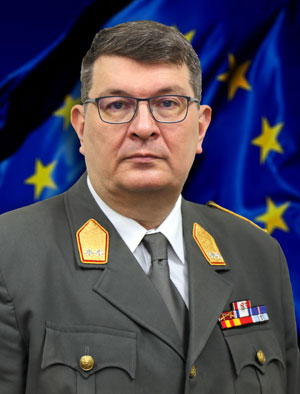 Additional appointments include Staff Officer in the Austrian Ministry of Defence Organisations Division, Chief of Staff to the Austrian Minister of Defence, Chief of Staff of Land Forces Command and Commander of Joint Support Command. Furthermore, Major General Platzer served as Chief Operations Officer and National Contingent Commander with the United Nations Forces in Cyprus (UNIFCYP).

Major General Platzer is married and lives with his wife and three children in Vienna. On 14 January 2021 he takes over as the Commander EUFOR in Operation ALTHEA in Bosnia and Herzegovina.